This organization was founded by concerned citizens of the Jefferson County NY area to fight against a proposed 2000+ acre industrial solar project known as The Gunn’s Corners Solar Project [Click to View Map]. Other proposed projects have become public as well, and we are dedicated to fighting them too, and we will defeat them! Not because we are “anti-solar” but because our state and federal governments are not being honest and transparent regarding wind and solar and these projects are being built by bypassing any input from local elected officials and taxpayers. This organization and this website were formed for the sole purpose of “rousing” people across the state of New York and beyond to seek out facts and truth regarding the industrial solar industry. We are in no way anti solar; in fact, we believe that it is high time that we seriously considered how to meet the ever-increasing demand for electricity while also reducing our carbon footprint. This can only be accomplished by examining ALL options and considering facts and not fiction. We will share information and facts from many sources, and we will do our utmost to verify and explain all information that is presented. If you have questions or criticism, please share that with us so that we may clarify or perhaps even alter our content. The truth can best be found in education and through intellectual debate.

The above information is simple math and one can debate it as much as they choose but facts are facts.

Why are these solar farms not good for the North Country?

Why are we seeing so much solar development?

In 2019, Governor Cuomo decreed that by 2030, 70% of electricity consumed in NYS would come from renewable sources. These renewable sources would include hydro, solar and wind. The problem is that no new hydro plants are being built so that leaves only solar and wind. So, here is what has happened since the Governors declaration, and this is complicated, but I am going to state it in the simplest terms possible. At the time he decreed this surely impossible edict there were some strict rules and regulations pertaining to the permitting and construction of industrial solar projects, as well there should be. Applicants had to jump through hoops, they had to apply with local towns, municipalities and counties. They had to either comply with all local zoning laws or apply for and receive the proper variances. This was not going to work. So, our NYS government/elected officials passed new legislation called CLCPA or Climate Leadership and Community Protection Act (community protection? That’s a laugh) and with that came new permitting processes. Significantly, they did away with the Article X permitting process and replaced it with 94C (a web search will explain both in greater detail). They also created ORES, the Office of Renewable Energy Siting. This office is charged with accepting applications from developers and approving construction of these massive projects while removing any input or even a say from our local elected officials. They have an “appointed” director who has quite apparent ties with several renewable energy companies. The “fox guarding the hen house” perhaps? In addition, these projects are generally subsidized by your tax dollars by up to 26%. When I recently and pointedly asked a developer at an informational meeting “are these projects viable without the subsidy” the answer was a clear and resounding NO.

As stated above, we currently produce roughly 5% of our electricity from wind and solar, this means that in order to meet the Governor’s goal we will need to build 8 times more wind and solar farms than are currently in use in NYS. THAT’S 8 TIMES! Can you even imagine? Additionally, we know that wind farms have come under significant scrutiny of late due to everything from “visual pollution”, concerns about bird deaths, as well as radar and navigation concerns for aircraft and ships.

All this money and effort are being put into a state, NY, with a very low solar ranking. I am sure that many of you, like me, understand that NYS is not well known for its balmy temps and sunshine. Don’t get me wrong, we live in one of the most beautiful and diverse states in the country when it comes to changing seasons and amazing weather and geographic diversity. The issue is that because of our geographic location and our distance from the equator we are just not good at generating solar power. Simple science shows us that the sunlight that we do get is much less direct as it must travel through more atmosphere than states that are say, below the 40th parallel. The map above rates states by their Solar Irradiance, as you can see NYS is rated quite low on this map/scale. This is not news to anyone who lives here. 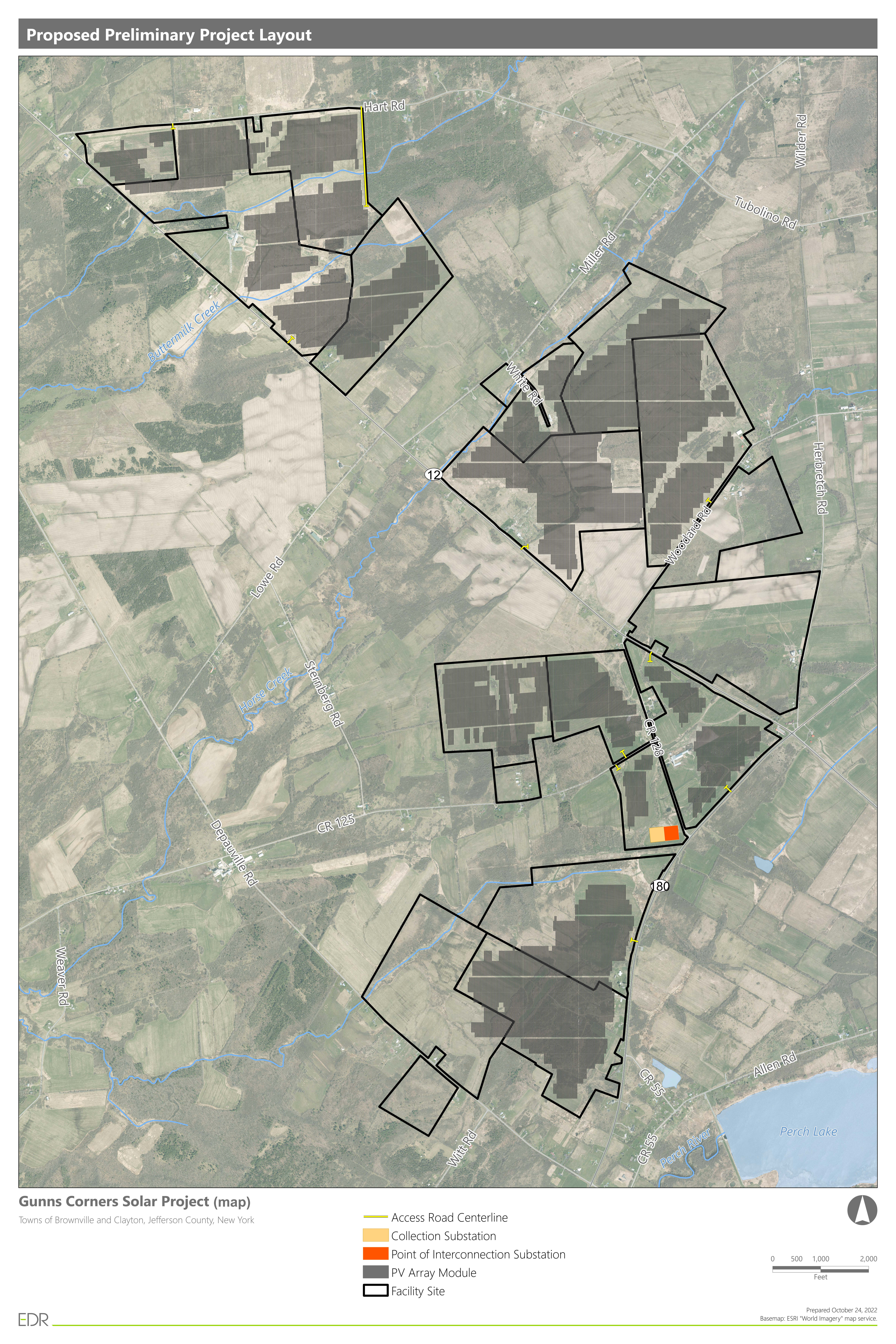 So, what are the better options?

First let me say that I am presenting this information because I think it is disingenuous to be critical of a suggested solution without providing an alternative solution. My opinions are just that, opinions, however they are based on research and an open mind. For starters the state needs to engage itself in realistic conversations with all stakeholders (that’s us, the constituents) and make decisions based on truth and reality and not on politics and superficial appearances. Next, we must be able to examine and judge every type of electricity generation method based on science. In my opinion nuclear and hydro are clearly better choices for the generation of power than solar or wind. Many countries around the world have already realized that nuclear generation is by far the most efficient and cost-effective method of generating electricity. Nuclear plants already produce roughly 50% of the power in the US and it is considered “clean energy” or zero emission. Additionally nuclear requires roughly 12 acres of land per megawatt produced while solar requires 43.5 acres per megawatt and wind requires 70.6 acres per megawatt.

So why does nuclear get a “bad rap”? Primarily because people are afraid of nuclear power because it is similar technology to atomic weapons used for widespread destruction. However, simple research of the facts about nuclear power makes it much less scary. To begin with, the world knows the horror stories from Chernobyl and from Fukushima which are surely the most serious nuclear power mishaps in the history of the world. But what most don’t know is that both were pretty much caused by poor design. Chernobyl was due in large part to insufficient fire suppression capabilities and Fukushima was bad geographic design, meaning much of the infrastructure was placed on the seaward side of the complex and not on the land side. There was also a fair amount of human error involved in Fukushima. What you may not know is that these two incidences are the only two major incidences involving nuclear power plants even though there are over 18,500 plants in 36 countries around the world.

And of course, the other major concern regarding nuclear power generation is waste or byproduct. Yes, nuclear waste is dangerous and difficult to store but surely, we don’t believe that disposal and storage is more dangerous than the power production itself. The simple fact is that solar power production produces 300 times more toxic waste per unit of energy produced than nuclear. Yes, you read that correctly 300 TIMES!

The final argument that our government will use to discount nuclear power generation is that it costs far more than solar. Hear again, the government makes all kinds of expensive permitting processes for nuclear power and then significantly reduces that process for solar and at the same time significantly subsidizes solar and then says “see, nuclear is too expensive”. The overall best long-term solution is nuclear power generation. Other countries have determined this and have benefitted from it.

The stakes are very high for us here in the north country and unfortunately many won’t realize it until it is too late. I urge anyone visiting this site and reading this information to learn more about New York State’s plans and policies and to strongly consider the impact this will have on your future, the future of your children as well as the impact on our beautiful landscape and our diverse wildlife. Please feel free to engage with R.O.U.S.E.-NY and perhaps together we can at least “tap the brakes” on these projects, make our voices heard and stimulate common sense dialog before it’s too late.

How many sun hours do I need? Calculating peak sun hours

Minnesota and Wisconsin Are About the Worst States To Put Solar Panels, Research Shows

Stories in the News

To boost solar, Biden looks the other way on potential Chinese trade violations

The stakes are high

The stakes are very high for us here in the north country and unfortunately many won’t realize it until it is too late. I urge anyone visiting this site and reading this information to learn more about New York State’s plans and policies and to strongly consider the impact this will have on your future, the future of your children as well as the impact on our beautiful landscape and our diverse wildlife. Please feel free to engage with R.O.U.S.E.-NY and perhaps together we can at least “tap the brakes” on these projects, make our voices heard and stimulate common sense dialog before it’s too late.

This site is designed, secured, managed, & monitored by mynny.biz.